Leesburg, Va. — For the Loudoun County High School football team, it all starts up front. While the smart, dynamic backfield often gets the glory, the Captains’ game plan wouldn’t be possible without juniors Blaine Colebank, Sammy Holstead, Chase Kibble and seniors Stuart McGuinness and Evan Stanley. The Loudoun County offense runs through those five lineman, and the Captains didn’t stray away from their game plan when they rushed for more than 400 yards on the ground in their, 49-28, win over the Sherando Warriors in a VHSL Region 4C semifinal on November 18 in Leesburg.

“We’re definitely very excited to be a part of history at this school. It was a great team win tonight,” McGuinness said. “I’m just excited we get to practice on Thanksgiving and that I get to play football for another week.”

Colebank, Holstead, and Kibble have leaned on the tenured experience of McGuinness, Stanley, and offensive line coach Mike Mitchell bring to the table.

“We have a lot of physicality up front,” McGuinness said. “We didn’t know each other that well when we started the season. Blaine is a first-year starter, this is Chase’s first year playing O-line, and Sammy got a little bit of playoff experience last year after our right guard got injured, but we’ve really come together and played like a unit.” 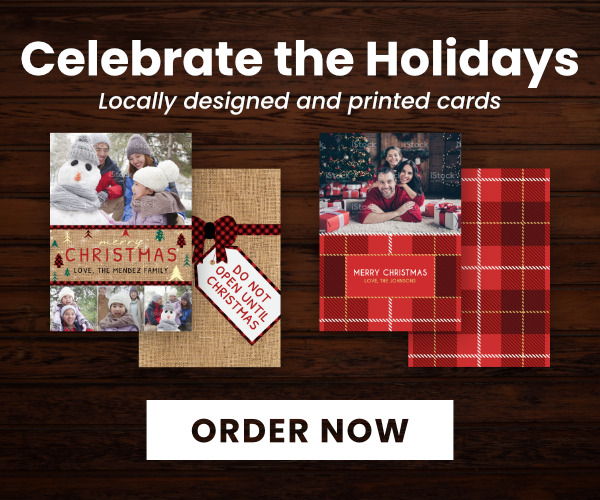 While it was no surprise the Captains would pound the rock, they still needed to prove they were up for the challenge. On the opening drive of the game, behind the stout offensive line, the Captains capped off their 7-play, 55-yard drive with a 12-yard touchdown run by senior running back Jason Murray, Jr.

Just three minutes later, Murray, Jr. once again found an opening and broke free for a 24-yard touchdown run to increase the Captains’ lead to 14-0 midway through the first quarter.

“He protected the ball and made a couple really heads up plays late to stay in bounds and keep the clock running,” Reidenbaugh said. “He’s a lot to bring down, so when he got to the second and third level, anyone that wasn’t bringing a full head of steam, he was breaking tackles and extending plays.”

After a missed field goal by Loudoun County early in the second quarter, Sherando sophomore quarterback Micah Carlson hit senior receiver Ashanti Santiago with an 80-yard touchdown pass to cut the Loudoun County lead in half.

“Sherando was really smart, doing some things that put us in binds,” Reidenbaugh said. “They have a couple dynamic guys on the outside, including Santiago. We knew how good he was and we planned for it, but until you see it up close, it kind of slaps you in the face how quick he is.”

Then, three minutes later, Hensch dropped a pass to senior tight end Jackson Snyder, who made his way down the near sideline to extend the Loudoun County lead to 28-7 at the half.

The Warriors struck first in the second half on another Carlson-to-Santiago connection, but for every Sherando score the Captains had a bigger and better answer.

Hensch added two rushing touchdowns in the second half, and Murray, Jr. capped off his 30-carry, 281-yard night with his third and final rushing touchdown early in the fourth quarter. Not to go unmentioned, Loudoun County junior running back Dean Morrad carried the ball 7 times for 82 yards as the Captains amassed 493 yards of total offense in the win.

When the Captains host the Kettle Run Cougars at 1 p.m. in the VHSL Region 4C Championship on November 26, it should come as no surprise what their game plan will be.

“We’re built on our offensive line, and I’ve made it no secret: we have a great group up front,” Reidenbaugh said. “It’s the same plan every week: it’s who we are, it’s who we’ve been, and it’s who we’ll be the rest of the season.”

While most teams will get to enjoy their Thanksgiving weeks quietly, the Loudoun County Captains will still be practicing and they’ll still be game planning. Luckily, for the Captains, the game plan won’t change.