Purcellville, Va. — From the day he could walk, Mason Raymer has been preparing for this day. So as the spring of his senior year at Loudoun Valley High School got ready to start, the 6-foot-4, 312-pound offensive lineman knew where his next move would be: UConn.

On February 4, Raymer announced his commitment to play under head coach Randy Edsall at the University of Connecticut starting in the 2020 school year.

“It feels amazing to be committed to a college and to start getting involved with everyone academically and for sports,” Raymer said. “It’s also nice to have this stressful process over with. I can turn my focus on getting better every day so I can be ready to compete when I report to UConn.” 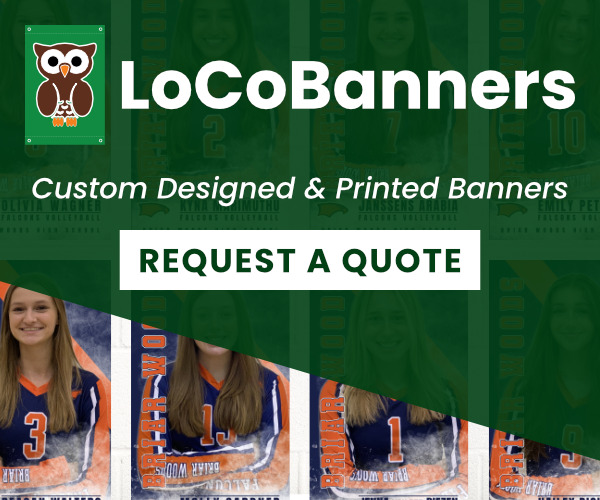 While the COVID-19 pandemic has brought a level of uncertainty about if and when college athletics will resume this year, Raymer is excited to trade in his green and gold jerseys for the opportunity to don navy and white.

“I chose UConn for multiple reasons: the campus is absolutely beautiful, and it is a great school academically,” Raymer said. “I’m just all around happy that they are giving me a chance to come to a great school and be able to keep playing the sport I love.”

When Raymer does report to campus, he’ll be reporting to Edsall, who is entering the fourth year of his second stint leading the Division I Huskies. Edsall was first tapped to lead the Huskies in 1999 and served as the head coach through the 2010 season. Then Edsall accepted the head coaching job at the University of Maryland from 2011-2015, then served as the Director of Research Special Projects for the Detroit Lions in 2016, before retaking the reins at UConn prior to the 2017 season.

In 2019, Edsall and the Huskies struggled to get in the win column, going 2-10, dropping one-score games to Illinois, Houston, and East Carolina. If the 2020 season begins as planned, Edsall, Raymer, and the Huskies will open at home against UMass on September 3.

While he awaits his journey to Connecticut, Raymer is celebrating the Class of 2020’s unusual graduation proceedings, preparing himself for the next level, and reminiscing on the memories he made putting on the Viking green.

“My experience playing for Valley was great. I made so many friendships that will never be broken. Valley gave me a chance to be a leader and also a mentor to the younger kids and I loved it so much. I would not change anything about it,” said Raymer, who was named a Cheers and LoCoSports All-LoCo honorable mention in 2019. “The Valley coaching staff is amazing. I wouldn’t be here today without their help. They also treat everyone like family but when it’s time for practice any mercy they have for you goes out the window.”

Family and football have always gone together for Raymer. After his dad, Cory, got him started in the sport at a young age, Raymer’s passion for football has only continued to grow.

“I love football because the thrill and adrenaline you get when you line up across from someone, knowing that on the snap of the ball it’s a battle you gotta win,” Raymer said. “The two things that keep me motivated the most are making my family proud and the ability to keep playing and focusing on my goal of playing at the next level.”